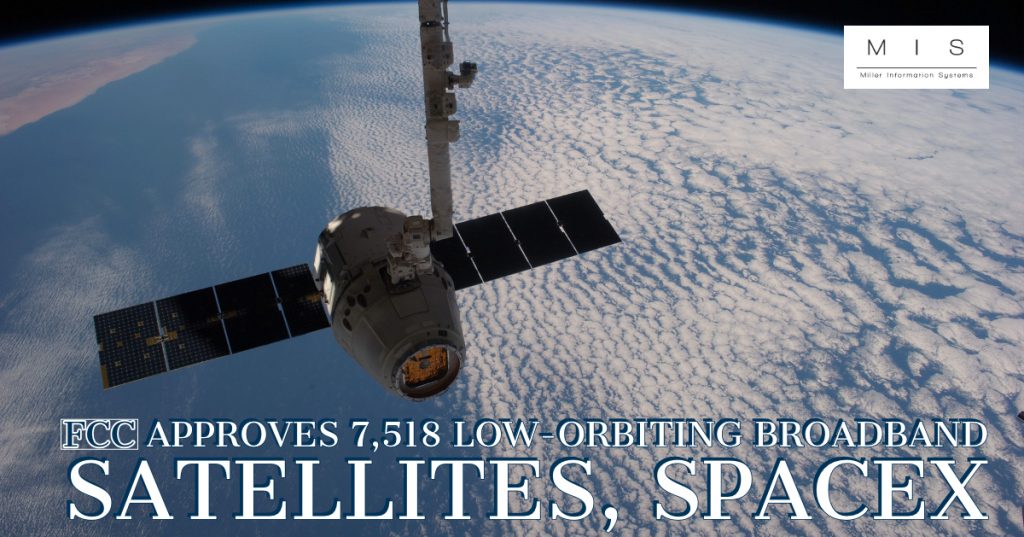 The Federal Communications Commission (FCC) granted the privately owned company under Elon Musk, SpaceX to launch an additional 7,518 satellites to orbit Earth. The goal of this endeavor is to increase global broadband accuracy and connectivity.

With the recent surge of innovation regarding the Internet of Things and 5G, low-orbiting satellites are being launched to help improve the necessary requirements between the two.

SpaceX opted to have the satellites orbit earths armosphere half the distance to traditional satellites seen in past years, for two key reasons.

Reducing debris in point two listed above is very important. SpaceX claims that lower altitude operating satellites have a higher chance to be pulled down to Earth’s atmosphere burning up during its descent after the satellites shelf life has come to an end.

Allowing the decommissioned satellite to burn up in the earth’s atmosphere is a hopeful solution to prevent the increasing epidemic of satellite collision and space debris orbiting our planet.

Speak With Our Team

Build Out Your Technology Infrastructure

Let our team handle the details of your network infrastructure. With our long-standing experience and reputation, we are proud to be a reliable partner for your technology needs.